According to a Central Pollution Control Board estimate, India produces 26,000 tonnes of plastic every day. But this is not the most depressing news. A little over 10,000 tonnes of this plastic waste remains uncollected. Where this plastic will end up is anybody’s guess. According to certain reports, the amount of plastic in the seas and oceans will weigh more than the fish by 2050. Do you want to be alive to see such a scenario?

Closer home in India, the problems do not end with collection. The waste and recycling operations in India is largely dependent on an unorganized chain of workers – ragpickers who pick up the plastic and sell it to plants. 60 percent of the waste in India is recycled according to various estimates.

The impact of waste is visible in the two riverine systems of India. The Indus and Meghna -Brahmaputra-Ganges river systems carry 164,332 and 72,845 tons of waste with it to the oceans. This is some of the highest plastic debris in the world carried through a riverine system.

According to official government figures, India generates some 5.6 million tonnes of plastic waste annually. Half of the plastics in India are used for packaging and is single use.

Apart from plastic used in the retail industry, the growth of online shopping and food delivery apps have also meant an increase in plastic waste according to waste management experts.

We are literally drowning in plastic and we can’t seem to get rid of it. The solution lies in hemp plastic. Everything that is made from plastic can be made from hemp minus the ill-effects of plastic.

Why is hemp plastic environment friendly?

The key component of plastic is cellulose. Without cellulose plastic wouldn’t have been possible the way we know it. Hemp fibre is also a rich source of cellulose and in fact has 65-70 % cellulose. Thus, hemp is a very good source for creating plastic.

It is true that there are other plant-based materials such as bamboo that are being used to create eco-friendly solutions but hemp sticks out because of its easy availability and increasing popularity. Here are few reasons why hemp plastic is becoming popular.

Hemp is biodegradable and recyclable

Hemp plastic is made from polymer which is biodegradable unlike the polymer in plastic. This also means that when hemp plastic is sent to a landfill to naturally degrade over time, it doesn’t require the help of other toxic materials to break down. The nutrients and natural components that are present in hemp re-enter the environment naturally.

Renewable is the only way to go if you want to keep the resources of the planet intact. Being made from the hemp plant, hemp plastic is recyclable. The hemp plant grows quickly and is virtually immune to any kind of weeds. Therefore, it does not need any pesticides or herbicides for its growth.

A major aspect about traditional plastic has always been its numbers. It is easy to produce a lot of plastic with relatively little effort. Hemp plastic isn’t far behind here. As many manufacturers become increasingly aware about the economic and environmental benefits of hemp plastic, they can switch to these eco-friendly means of creating toxic waste.

Traditional plastic is created using toxic chemicals and chief among them is Bisphenol A, commonly known as BPA. Recent studies have shown that more than 93 % of Americans above the age of six have BPA in their blood.

Hemp plastic on the other hand is 100% non-toxic. 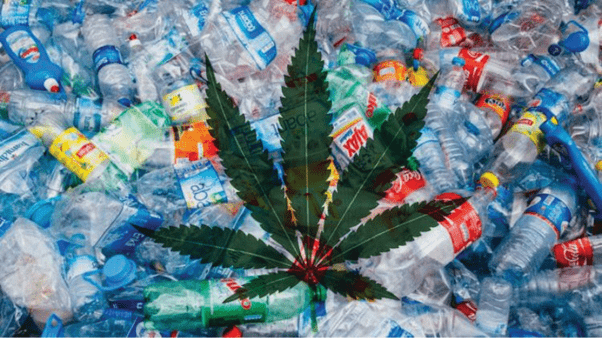 If future generations are to grow up in a world free from the ill-effects of plastic, hemp plastic has to be the choice. As of today, petroleum-based plastics are more lucrative economically and therefore change is slow. However, the negatives are too huge to ignore.

Perhaps, the biggest danger of traditional plastic is the time it takes to decompose and disintegrate. It takes anywhere between 400 -1000 years for plastic to biodegrade. Considering the fact plastic is produced from fossil fuels, it is no surprise to note that one of the largest contributors of carbon emissions is traditional plastic.

Another hugely negative effect of traditional plastics is that it doesn’t get recycled. According to a UN study only 9 per cent of the plastic of the world has been ever recycled. 17 billion pounds of plastic end up in the oceans every year.

These are alarm bells that are ringing and signally to us to do something. Hemp plastic can be the way out from a plastic based life. We should wake up now and start taking adequate steps to create safer air, soil and water for our planet.